The City of Tacoma is rapidly changing, increasing the demand for housing throughout Pierce County. Downtown Tacoma revitalization efforts are providing new job opportunities and preparing for 97,000 more jobs and 127,000 new residents predicted by 2040.

As a result of this increased demand for housing, home prices in Pierce County increased nearly 10 percent over the past year, yet still remain 60 percent cheaper than Seattle. The diagram below depicts changes in "For Sale" and "Sold" prices in Tacoma over 6-month periods. Over the past year, the Average For Sale Price in Tacoma increased by 13.2 percent, the Average Sold Price increased 12.5 percent, and the Median Sold Price increased 18.9 percent. Foreclosures and mortgage delinquency rates have declined substantially, and increasingly more downtown Seattle workers are opting to move south for more affordable housing. Tacoma’s housing market is vastly appreciating, and is expected to stay that way. 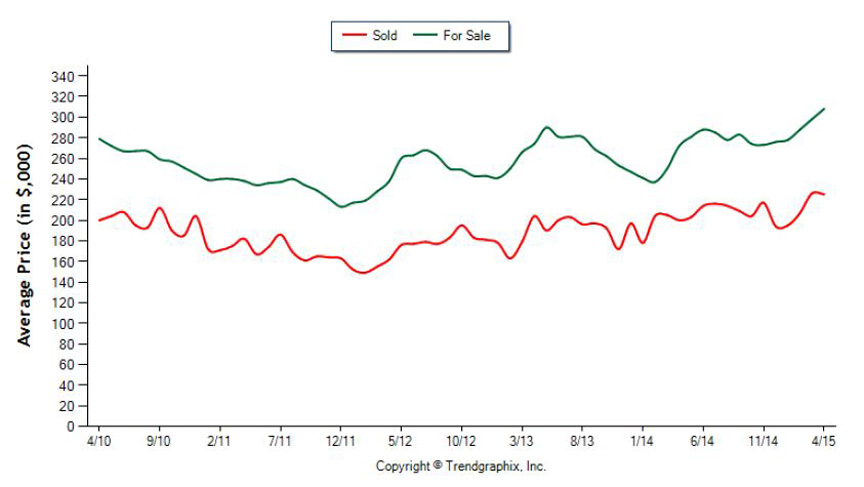